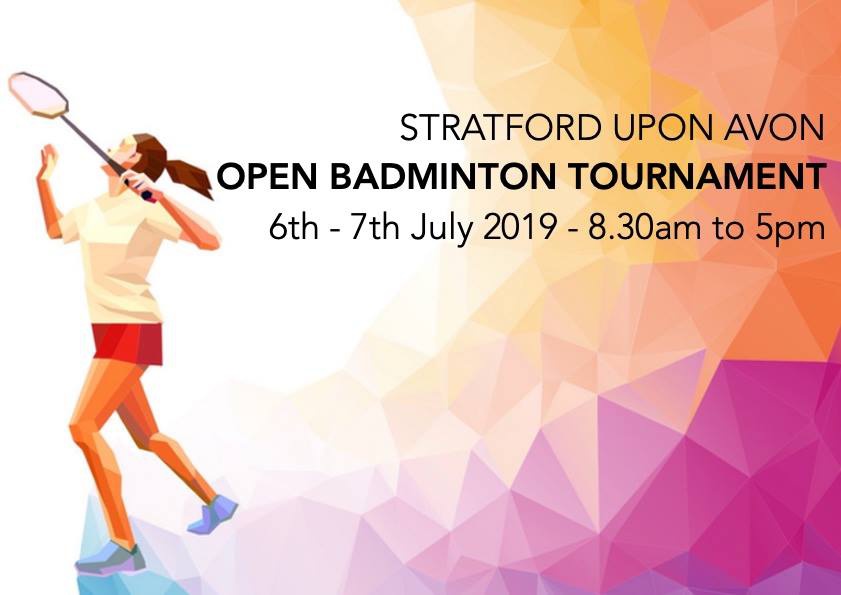 On the 6th and 7th of July 2019 Strattord upon Avon Badminton Club will be holding this years' renewal of the Stratford-Upon-Avon Open Badminton Tournament.

As before, it is a team tournament, teams consisting of four players - two men and two women.

The Tournament will be played in divisions, with between 8 and 10 teams expected per division. The format will be two men's, two ladies' and four mixed doubles matches against each opposing team. Each player should expect to play at least 20 matches (2 games to 21). Final positions will be decided on the total number of points scored by the team over the whole weekend, so every point matters.

See our group page for the entry form and further details. Entries due no later than 31st May 2019.

This year the event will be held again at Shottery Grammar. We have moved the second location from King Edwards to Alcester Grammar, a ten minute drive from Stratford. The parking is free and the courts are superior to those at KES.

Please note, this is the busiest weekend in Stratford's calendar, with a carnival atmosphere, so if you need accommodation its probably best to book well in advance.

Thanks to all those who played last year and made it so much fun, we hope to see you all again in July.

Fundraising will be in aid of Parkinson's UK.

Find a WARWICKSHIRE club near you to start playing badminton